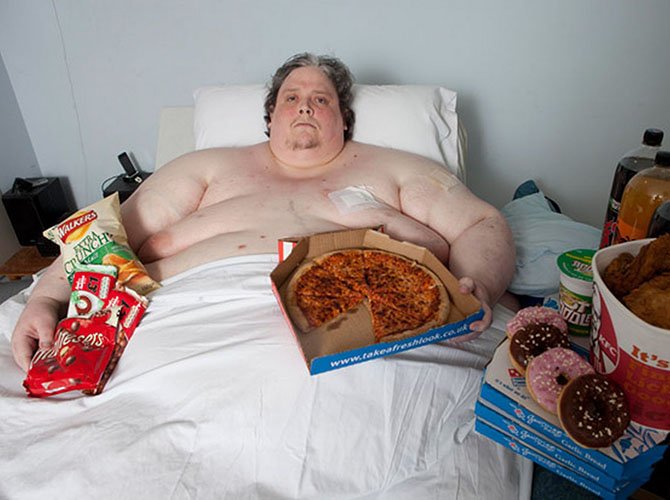 What a shame that this is even a topic, how hard is it to read a little and understand your body then act accordingly? Way too tricky for most it seems. North America leads the fatty race of course where over 2/3’s of people are overweight. Yes, nearly 70% of people, crazy. The interesting thing about the fat disease is that people are all trying to make excuses for them, it is a medical condition, it’s in the genes etc… emmm.. NO, sorry but there is no excuse whatsoever, whatever the cause there is a solution when sought out. A little self-education combined with a little self-control and a touch of discipline solves everything.  I myself come from a gene pool that means I can put on weight very easy, if I eat all kinds of junk and fast food in quantity I can pack on 10 kilos of fat  in a month with ease. So the solution for me, hold on to your hats here, I don’t eat tons of junk and fast food in quantity. What a mind blower eh? Anyway, I have tested this as an experiment to see how a person with “easy to put on weight” genes can pack on weight and how hard is it to get off. I can get 10 kilos off in a month just as I can pack it on in a month. Daily exercise and healthy eating is all it takes, so being what I consider to be normal basically :O. The next common excuse is a “medical condition” of which I also have some reference. I have a good friend who was fat through his school years but he clearly noticed that he kept getting fatter and fatter, he explored the “why” and it turned out he had a thyroid problem. OK he said, found the solution, acted, now he is in good shape.

So the general theme here is that you can use your intelligence to figure out the reason as to why you are putting on weight, be it medical or hereditary, then using this intelligence a little further you can find out how you can combat it and what actions you should take. After that having a little respect for yourself using self-control and discipline you can lose any unwanted fat and not put on anymore.

Now before I go on I need to split this up in to three sub categories; Obese, Fat, and Chubby.

Obese people are not really very common, by obese I mean REALLY fat, up near the scale of the image I have used above. These people are extremely sad human beings burdening other people and health systems by their presence. The only bonus is that they are not burdening the general population because they can’t move anyway. It’s just their relatives and the health system they put strain on. There is absolutely no reason for these people to be alive, they should not have ever reached that point in the first place, it’s pathetic. They are full of excuses and love blaming anything but themselves. The guy in the picture above for example wanted to sue the National Health System for “allowing him to get bigger”. Hilarious, give him a shot like you do cats an dogs when they are too sick to help, dig a BIG hole and get a crane to dump him in and be done with it.

Fat people have become quite common nowadays and it’s also pathetic, it doesn’t say much for them as a person. They are clearly a greedy and selfish group of people with no respect for anyone around them or themselves. Fat  people are still mobile so they cause more hassles on a daily basis. They take up more than a regular seat on airplanes intruding on other peoples space and they usually stink. It’s disgusting. How does any intelligent human being reach the point where they feel a  fat roll obstruction while putting on their socks and not do something about it? There is no point of no return but the further you go the harder it will be. Get a grip of yourselves and start eating properly with daily exercise, there are plenty of great books out there. Use your brain, it’s not even that hard!

The most common group on the planet are chubby and I can at least begin to understand them. Family, work and the whole no time element can make it hard to exercise and/or eat healthy food. Life has become a big rush and so not supportive of a healthy lifestyle. However they are still overweight and need to act on it before it gets out of hand. Exercise is not that hard to fit in, even 40 minutes three times per week combined with a healthy eating plan is enough. In fact just a healthy eating plan will make a difference. Notice I say healthy eating and not diet, you do need to diet to lose weight. Obviously you don’t need to go eating excessive amounts but it is more about what you eat than how much. I have successfully lost 10 kilos in 1 month (for my experiment) eating as much as I wanted and never feeling hungry. I do exercise on a daily basis as a way of life so that helped but still even without I would have lost weight.

There is no need to even be too chubby if you apply your brain and maintain a level of self-control. A little chub is acceptable but not necessary. During the process of losing weight you have to be strict but once the desired weight is reached you can have 1 or 2 days per week where you eat whatever you want and you won’t put on weight. Yesterday for example I had half a chocolate cake covered with full fat cream for desert. I will not put on weight from this unless I do it everyday. I don’t want to get in to writing out eating plans etc but a good start for anyone wanting to lose weight is to cut the bread, pasta and potatoes. A good book with general knowledge about your body if you want to educate yourself is “The 4-Hour Body” 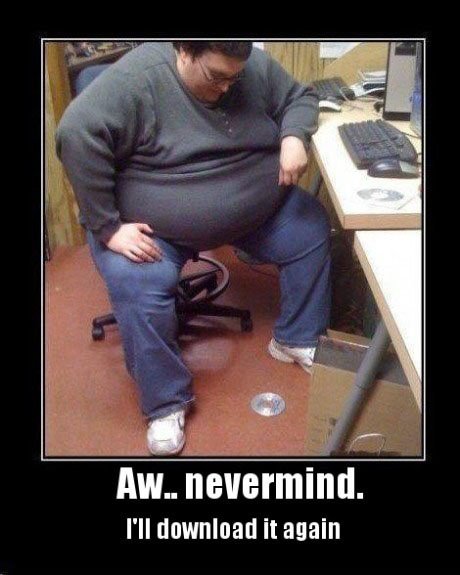