Mixing is just as simple as everything else you have done so far but much more fun. Although there are more complicated rhythm’s out there, electronic music is based on the 4/4 beat structure. You can think of it as a puzzle only easier because each piece has more than one option as to where it can fit. Before we get started here is a picture I made to help you understand the 4/4 beat just in case you don’t already. 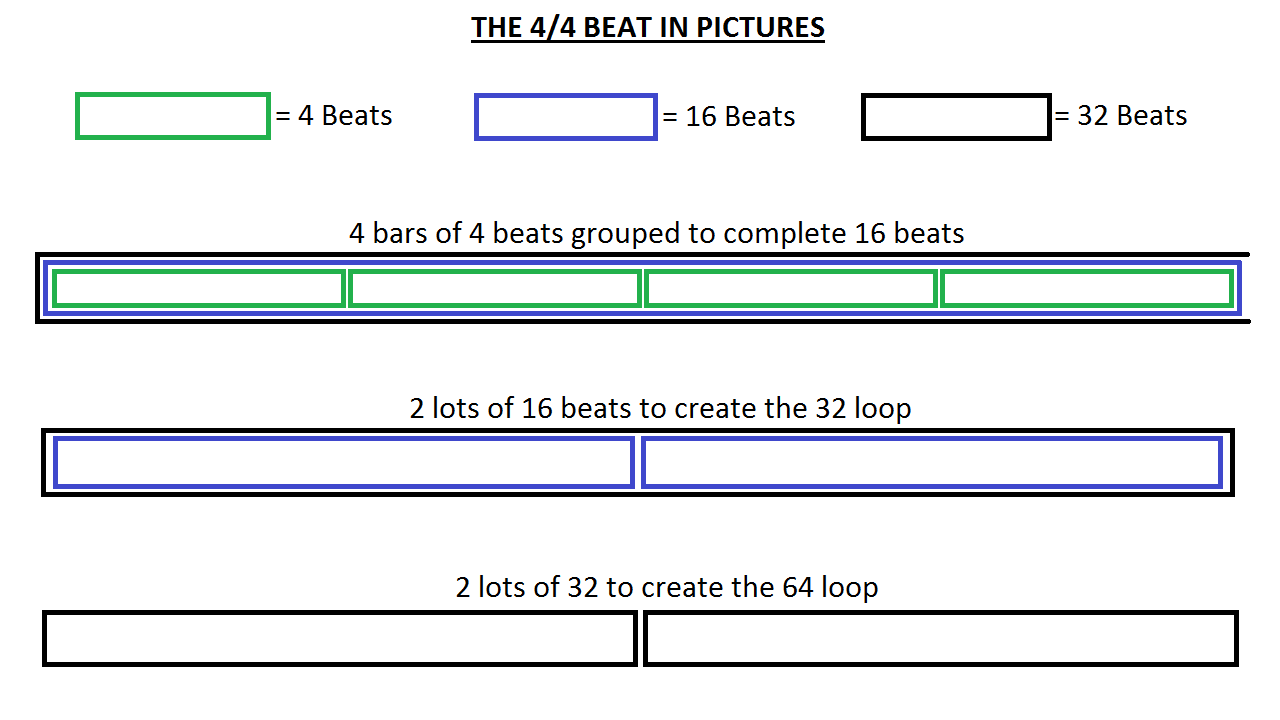 As you can see it is very simple to understand and with electronic music you will find that no sounds will be added or removed on anything less than a 32 beat loop. Most of the time during the main part of a track you will find that nothing major will change for 64 beats. This means that if you are new to mixing you may as well just start your mixes at the first beat of a 64 loop and you will find that as sounds leave from one track they are being presented in the other, albeit the bass line, a synth, or percussion. Determining the start of a 64 beat loop is something that I can just feel but if you need to count until you have that feeling then go for it. Once a track has had it’s breakdown in the middle and started off again, that first beat will be the first beat in a 64 beat loop, so you could start the track then or 64 beats later, or 64 beats later. If you are mixing later on in the track then a more common addition or subtraction of sounds will occur every 32 beats so you can also start your next track at any of the first beats in a 32 beat loop. There are exceptions and this is very general but I will get in more depth in later lessons. In this next image I am just showing you what I just said in image form, Track B could be started at any of the green markers as Track A is playing. 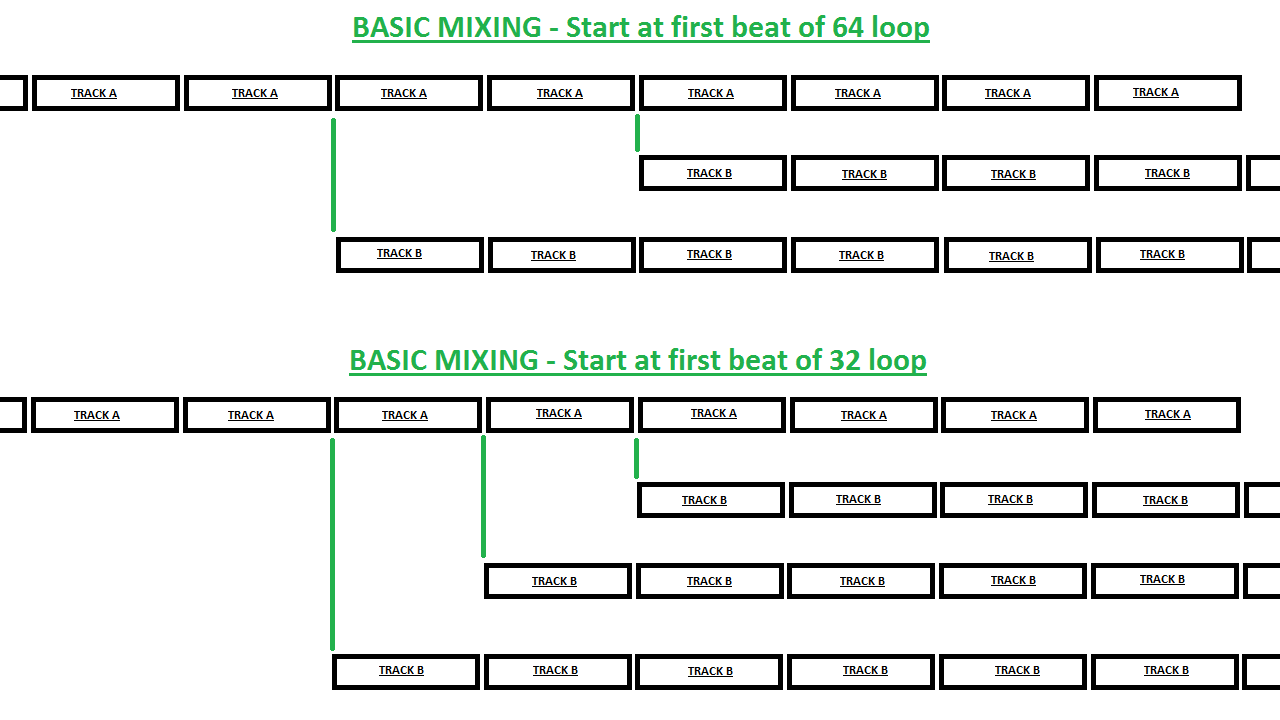 If you go to the very first beat of your track in Traktor and set a 32 beat loop, then jump through the track in 32 beat jumps using the available controls, you will see exactly what I mean and why your mixes will sound better when they smoothly fit together like a puzzle. Later on we can discuss some trickery but for starters you will find your mixes sound great by following these simple rules. 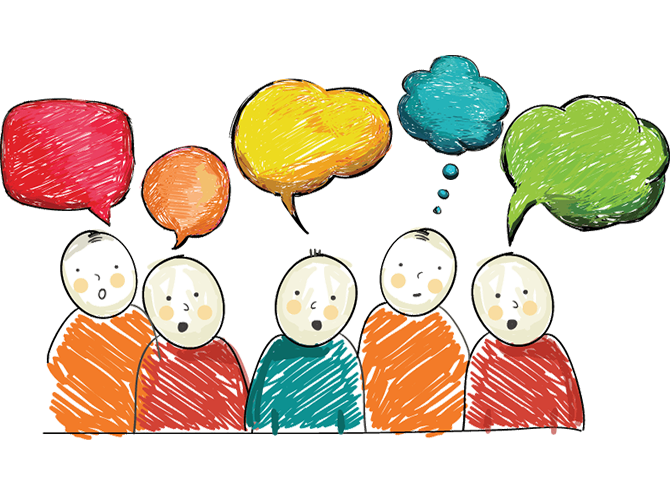